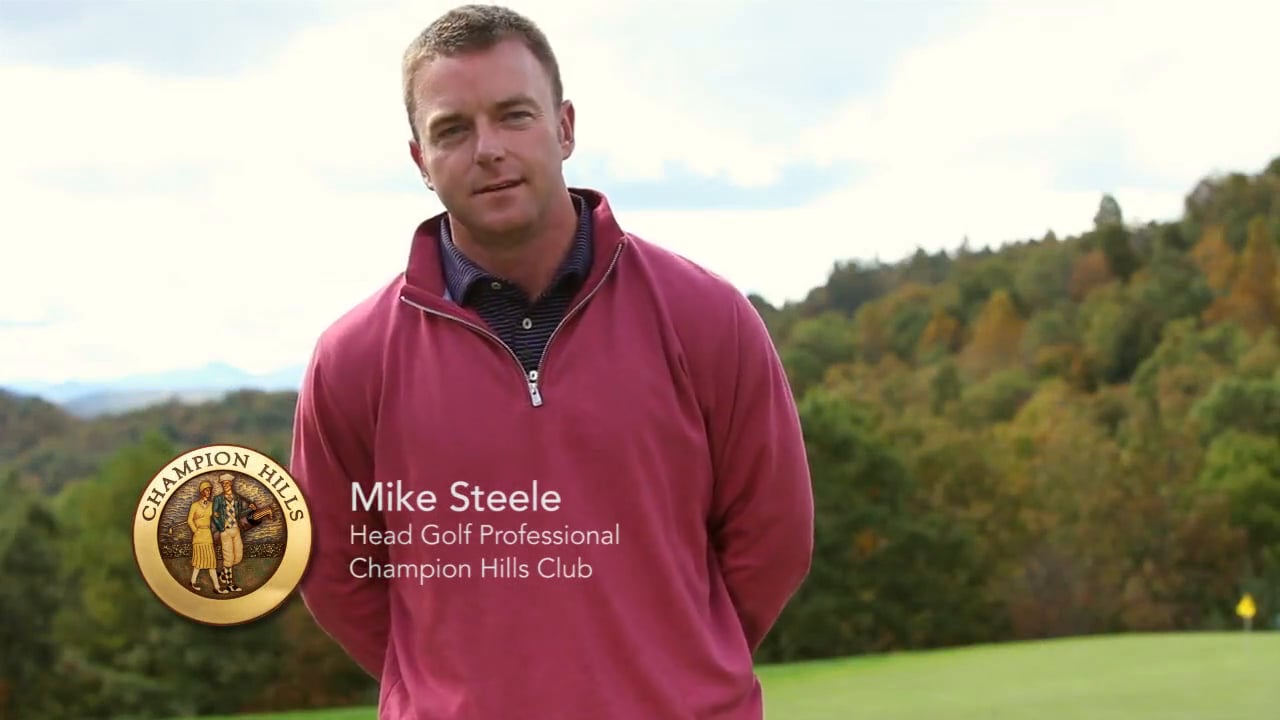 Love of the sport is something all golf pros have in common, and that certainly proves true for Champion Hills Head Golf Pro Mike Steele, who’s been with us for almost 15 years. But unlike other golfers who may have picked up the game in their youth, Mike chose to pursue a career in golf because golf is in his blood.

Growing up in Bonita Springs, Florida, Mike attended the University of South Florida. His enthusiasm to turn golf into a career, however, was influenced well before attending college. Mike’s father was also a golf pro. He picked up the sport quickly in his early teens, perfecting his swing at his father’s course before and after school and continued that dedication through college.

After attending USF, two things were certain for Mike: He was going to be a Head Golf Pro like his father, and he needed a change of scenery.

Fast forward more than a decade and Mike wouldn't have it any other way. He lives in the Hendersonville area with his wife and stepson and has made a number of meaningful connections with members of the club along the way.

“We are made up of all different walks of life, unified by golf and the beauty of the course. It’s so laid back. Everyone feels like they fit in,” said Mike. “Everyone’s welcome here.”

The Love of the Club

Camaraderie aside, the top-ranked golf course designed by world-famous architect Tom Fazio has undoubtedly been a driving factor in Mike’s decision to stay put for the foreseeable future.

“What really blew me away about Champion Hills are the vistas you’re faced with, from the first tee to the 18th green,” Mike said. “Each hole has its own character. They’re somewhat secluded, meaning you can’t see the upcoming holes like most other courses. There’s nothing like it out there. The views are spectacular!”

And his father would agree, who has since moved to North Carolina and plays our top-ranked course with Mike often. Of course, you don’t have to be a golf expert to hit the course with Mike. Whether you’re a novice or a seasoned golfer, Mike is happy to show you around the club, familiarize you with the course and offer up some pointers if you’re looking to improve your game. Just come say hello!

Did you Know: Mike also gained professional experience and developed an in-depth understanding of the golf industry through apprenticeships at premier clubs, including Loxahatchee Club, Inverness Club, Treetops and The Club at Mediterra. Mike is certified PGA Class A Professional and is also TPI Certified.

Sign-up to receive updates on Champion Hills Community and Club! 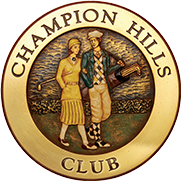