There’s a reason thousands flock to North Carolina each year from across the country and never look back. From the breathtaking mountains, fiery autumn colors, and alluring native flora, it’s no wonder Champion Hills is home to members and residents from across 36 states.

While we at Champion Hills are proud that residents are attracted to our beautiful course, top-ranked club and vibrant community, we know that being situated within the Blue Ridge Mountains full of native greenery makes North Carolina an even greater place to settle down.

Flora and Fauna at Champion Hills

This is especially true for Champion Hills Member Jeff Wray, whose decision to move here was made easy once he experienced all nature has to offer. “It’s one of the most beautiful places on earth!” he shared.

Jeff grew roses in his hometown of Houston before moving to western North Carolina, but continues that passion locally as a member of the Asheville Blue Ridge Rose Society. Though he appreciates the region’s climate as a great opportunity to grow roses, he also shares an appreciation for the many other flora that color the area. “Another thing that’s special about this place are the Azalea or Rhododendrons, and Mountain-laurel that bloom every spring.”

Whether you’re a plant enthusiast like Jeff, or just appreciate their wonder, we thought we would highlight some native plants to the area in this blog, so you can recognize the sites when you’re exploring our community.

The Wood Anemone is a delicate white flower that offers a peaceful beauty with its simplicity. It flowers in the early spring and tends to spread rapidly in woodland conditions. Though usually white, the flowers can bloom pink or a combination of the two. With big leafy greens and those sprouts of floral accents, the Wood Anemone is certainly a delight that you’ll see often in the region.

This uncommon fern is one you’ll mostly find in the moist forests and mountains in eastern North America, making North Carolina its perfect home. The five-fingered fern gets its name “maidenhair” from its unique, long shining black stipes (or stems) at the base. Its crinkled ferny leaves are light green in color and turn a gorgeous gold in the fall. Because of its unique texture and soothing color, this native plant also makes a popular accent in gardens.

Though most would say these vibrant flowers come from Southeast Asia – which is true – there are native azaleas growing in several states, including the Carolinas. Of the more than two dozen native azaleas found in the United States, roughly half of those are suitable for North Carolina's climate. Wild native azaleas can be found growing wild along the Blue Ridge Parkway and in moist areas of the Sandhills. Azaleas are flowering shrubs from the rhododendron family and come in a wide range of colors such as pink, red, yellow and white. 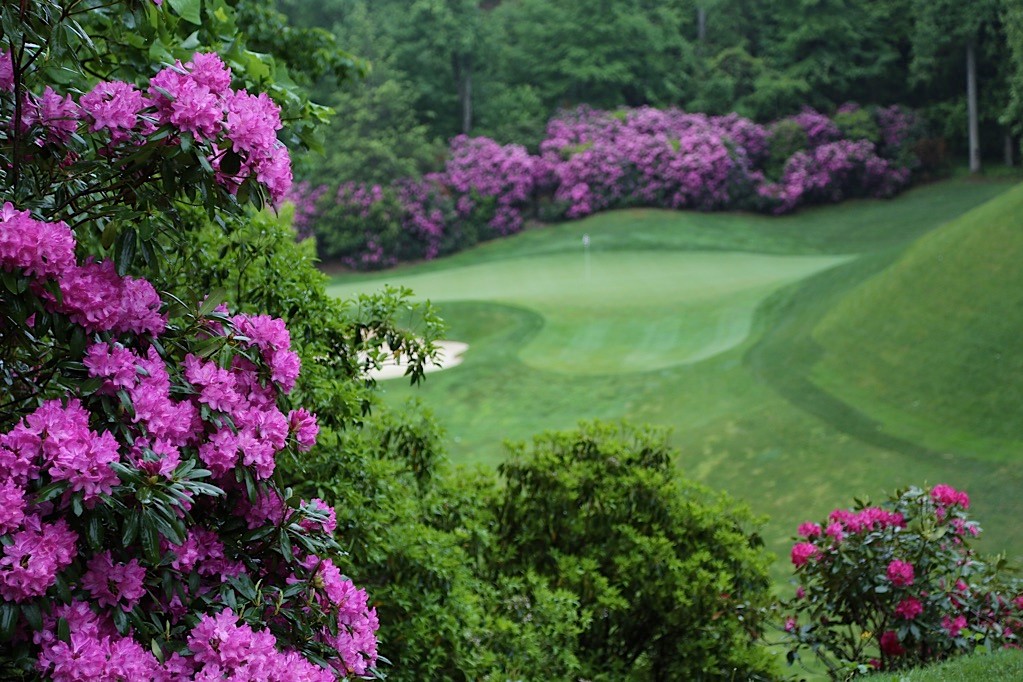 And last but not least, a favorite of Jeff’s – and ours alike! – are the magnificent, and relatively rare Mountain-laurel. Words don’t do justice to these mountain beauties, which are described as evergreen shrubs (or small trees) with showy clusters of 10-parted white to pink flowers with detailed pops of color from the bright red seeds. The icing on the cake, they even smell delicious!

Of course, these are only a few of our favorite native plants in the area of dozens more. If this blog has you inspired to familiarize yourself with others – or eager to add some new natives to your garden – check out this North Carolina plant identification list.

Not only is western North Carolina and the Champion Hills neighborhood rich with an array of flora, but the temperate seasons also allow residents to fully enjoy these sites year-round. As Jeff will tell you, it’s truly the “Garden of Eden!”

Why Western North Carolina is a “Best Place to Live”

There’s something downright magical about Western North Carolina. The people, the food, the sports. We could write a novel about all the area has to ...
Learn More

You’ve worked hard, built a great life, saved for the future, and you’ve always dreamed about finding the perfect place to relocate to in retirement. ...
Learn More