Much has been written over the past few years about the growing disparity in property and income taxes between Northeastern and Midwestern (high tax) states, and Southeastern and Southwestern (low tax) states.

Now more than ever, that discrepancy is under a microscope.

With remote workers and satellite offices quickly becoming the norm, tens of thousands of Americans who were once bound to certain cities and states due to office jobs have been freed of their geographic obligation.

And if Google Search trends are any indication (hint: they are), they’re home shopping online using a variety of keywords and phrases related to tax savings.

But relying on property and income tax data simplifies the equation to the point that comparisons between states become ineffective, at best, and meaningless, at worst.

Thousands Make the Move from N.Y. to N.C. Each Year

On the flip side, some low tax states have obscure tariffs that aren’t accounted for by those looking to relocate, such as property taxes levied on vehicles.

Recently, financial website WalletHub developed its own “Tax Burden” metric measuring the proportion of total personal income that residents pay toward a range of state and local taxes.

To determine the residents with the biggest tax burdens, WalletHub compared the 50 states across property taxes, individual income taxes and sales and excise taxes — as a share of total personal income in the state.

The Results: North Carolina and Champion Hills are Winners

All 50 states were ranked from highest to lowest with “1” being the highest in regard to tax burden. North Carolina came in at No. 33 overall and 44th in the all-important property tax category – a key variable in making an informed and advantageous relocation decision. 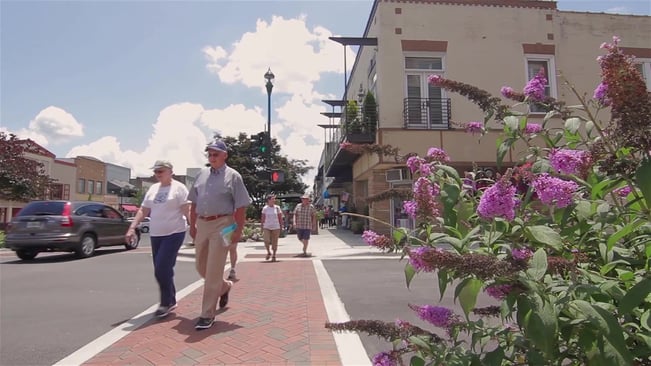 States that are the leading sources of in-migration to North Carolina (generally) and Henderson County (specifically) happen to have the highest tax burdens. For example, New York ranks first, with a total tax burden of 12.28%, Connecticut sixth (9.99%) and New Jersey seventh (9.88%).

And like many private communities in the Carolinas, Texas, Florida and Georgia, Champion Hills has also seen an uptick in new residents from California. Wildfires, earthquakes, the nation’s 13th tax burden and exorbitantly high cost of living in cities like Los Angeles and San Francisco has incited a mass exodus.

In fact, the Golden State has been the fourth leading source of Champion Hills’ website visitors in 2020. According to a recent United Van Lines study, more than 20,000 people relocated to North Carolina from California last year.

A New York couple filing jointly with $3 million in taxable income and contributing $19,000 to their 401 (k) would save $171,000 in state income taxes by moving to North Carolina, according to financial technology company Smart Asset.

In terms of property taxes, that same couple would pay approximately $26,250 on a home assessed at $1.5 million in New York, whereas in North Carolina they’d owe $12,700.

Moreover, North Carolina residents who are 65 and older can apply for a homestead property exclusion, exempting up to $25,000 of their assessed home value from property taxes.

Adding fuel to the fire, the Tax Cuts and Jobs Act of 2017 limits deductions on state and local taxes (SALT), as well as mortgage interest deductions on federal tax returns. Factor in this, and North Carolina’s overall cost of living, and the decision to flee these high tax states becomes even easier.

New Champion Hills residents are often pleasantly surprised by how much home they can afford in one of Western North Carolina’s most exclusive mountain communities. Building lots typically range from .5 up to 1.5 acres, with prices from $50,000 to $300,000. Move-in ready luxury residences range from $500,000 to $2 million featuring golf course, mountain and wooded views.

With proceeds from the sale of their former home (or homes), buyers are often able to make additional lifestyle-oriented purchases, such as a golf cart for coasting around the community, or a boat for exploring nearby lakes like Toxaway, Jocassee and Keowee.

From real estate and memberships, to the surrounding community and outlying region – you have questions, we have answers. Peruse our blog to read more about anything from finding the perfect resale home, to why golf course architecture can impact property values.

“Champion Hills is probably one of the most welcoming places that I have ever lived,” effuses longtime resident Mary Kay Buhrke. Whether looking for ...
Learn More

Champion Hills is swinging into 2021 with new membership offerings and luxury home ownership opportunities, responding to a surge in relocations to ...
Learn More